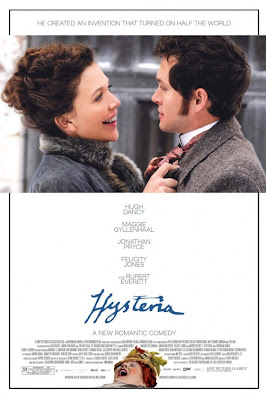 In Victorian London, the word, “hysteria”, was a medical term used to define the general restlessness and anxiety of the city’s housewives and the occasional tirade that stemmed from said affliction. Of course, we now know this as mere boredom but at the time, the menfolk didn’t know what to do with all these hysterical women. The deeper implications of how the word fully strips women of any power or stature they might have are merely touched on in Tanya Wexler’s HYSTERIA. Instead, the focus lies more with what was invented to deal with the issue, the vibrator. But while you might expect this topic would set the film abuzz with excitement, it doesn’t. Instead, the batteries die out before you get to the good part.